I first read Code Name Verity a year ago. I re-read it when it was short-listed, and I'm no less stunned by it now than I was then. 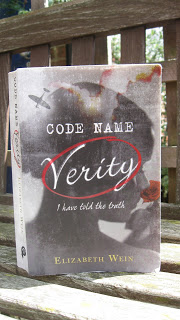 Code Name Verity is the story of 'Queenie', a young Resistance Agent taken captive in Nazi-occupied France. On the surface, it's a war story, a story of Queenie's struggle and bravery and daring. Queenie has taken a huge gamble: she has agreed to tell everything she knows about the British war effort in exchange for time, because knowledge is the only thing she has left to bargain with, and time is the only thing the Gestapo are willing to give. Constantly watched and tormented, she is in a situation that offers very little hope.

Except that Queenie is strong, and gutsy, and in a world where she has nothing but the scraps of paper she's writing on, she has the one thing that matters to her most: a best friend.


Because as much as this is a story about war, and bravery and daring, it's really a story about friendship. As Queenie writes her story, she tells of the moment she first met Maddie, and how they became the closest of friends, summing their friendship up with the line:

'It's like being in love, discovering your best friend.'


I can't say much more without giving things away, but I will say this: buy some Kleenex before you read this book!

We asked Elizabeth Wein what her favourite thing about Code Name Verity is, and this is what she said:

What is my favourite aspect of my short-listed book - FRIENDSHIP. Absolutely, the fact that I sat down to write a book about war and torture and spies and pilots and it turned out to be none of the above - it is first, and foremost, a book about friendship. I didn't see it coming. It made the book a wonderful thing to write, a pleasure to write, and I think it's what makes the book appealing - and maybe surprising - to other people too. 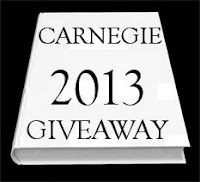 If you want to win a copy of Code Name Verity along with several other shortlisted books, just email us at SpaceOnTheBookshelf@yahoo.com with your name and address, and Carnegie in the title bar. Good luck!