Out of Print BUT Not Forgotten!

Here at Space on the Bookshelf we pride out our self on our combined love of books, and that extends further than just the shiny newly published book. We love older books too, many of our older favourites are now deemed to be ‘Classics’ and so are still being printed.Some of the less fortunate books, the ones that are longer being printed, so here’s a little blog celebrating some of our favourite out of print books…

My childhood books that weren’t destroyed from too much rereading were put into storage when I left home. By the time I had a home of my own, we’d all forgotten where. Recently the mystery was solved; they’d been put in the loft space above my grandmother’s garage, and kept company for nearly twenty years by very many spiders and, possibly, rodents. The books had probably crumbled away to dust, and none of my relatives fancied climbing up to check. 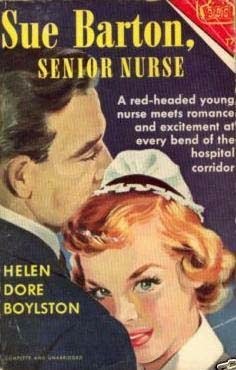 I’ve already replaced most of those books with shiny new editions for my own children. But there is one particular series which may be in those boxes and which have been out of print since the seventies. They were my mother’s in her teens, and then mine. Four of the seven Sue Barton books, an American series for adolescent girls by Helen Dore Boylston.

I remember so clearly when I was fourteen and a librarian told me she couldn't get hold of the rest of the series.

“They’ve been out of print for more than a decade!’ she said. And then. ‘They’re from the 1930’s - what are you reading those old-fashioned things for, anyway? If you like American books, try Judy Blume.’

But I didn’t want Judy Blume. I wanted to fill in the adventures of the sparky Sue Barton, who was saving patients’ lives during her nursing training, alongside making friends, playing pranks, and developing a promising romance with Dr Barry.

I miss those books. So I’d planned, next time I visit my grandmother, to climb up into the loft to see if any of them have survived the spiders. Until I just Googled Helen Dore Boylston, to make sure I’d spelled her name right. And guess what? All her novels have recently been reprinted! So not only can I now read all Sue Barton’s exploits from start to finish, but I don’t have to brave the loft over the garage after all.

Except… there could be some of the out of print Sadler’s Wells series by Lorna Hill up there.

I bet most of you have never heard of Ruth Park’s, ‘Playing Beatie Bow’, it not too well known here in the UK despite winning The Guardian Fiction Prize in 1982,  but in its home land, Australia it was much wider known winning Australia it the Australian Children’s book of the year award’ in 1981 and even getting a movie adaptation. 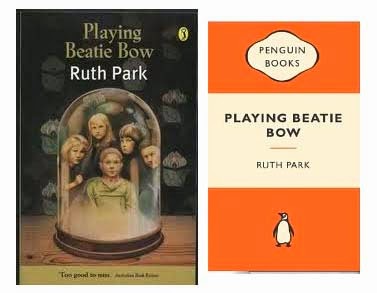 I discovered Playing Beatie Bow by chance in the 1990’s in a dusty corner of the school library. It’s a historical time-slip yarn about 14 year old Abigail, who gets transported back to Victorian Sydney and becomes integrated in the lives of the Bow family and the hansom Judah in particular. It turns out the Bow’s have been waiting for Abigale, and she has a crucial part to play in their family history. The book is so beautifully imagined and you really feel that you’re in the 19th century ‘The Rocks’ region of Sydney. ‘Playing Beatie Bow,’ has a real air of Celia Rees about it and to me is YA – way before YA even existed.

Sadly Playing Beatie Bow is no longer in print, but like many books it’s getting a second lease of life via e-books, and has even earned one of the iconic Penguin Classic’s Covers!

When I was reading Lauren St John’s the ‘One Dollar Horse’ it reminded me that I went through a big phase of reading horse stories when I was about eight or nine. The grim sadness of ‘Black Beauty’ and the excitement of ‘National Velvet’, where Velvet’s belief in her horse is so great she pretends to be a boy and takes part in the greatest horse race in the world, are timeless classics. 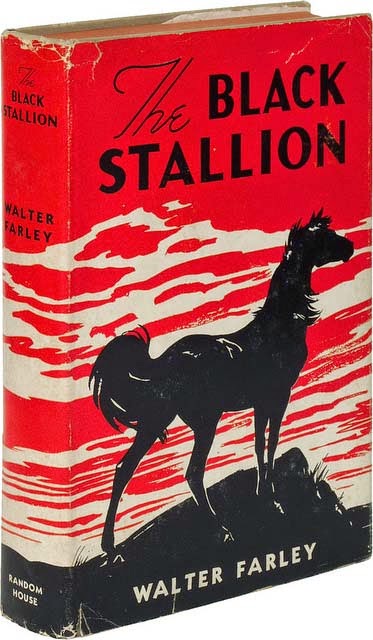 Inspired by Lauren St John’s modern take on ‘National Velvet’ I decided to do a display of horse books in the shop and was dismayed to discover that my favourite of all, Walter Farley’s ‘The Black Stallion’ was now out of print.

I loved the story of a shipwreck and a boy only surviving because he wins the trust of a wild horse, and how he is rescued and takes the horse to America where he fights to keep the horse by taking part in a race. I was inspired by the beauty of the special relationship between a boy and an animal.

There were many in the series and I think I stopped reading after the first few as the magic of that first one was never repeated, so that’s possibly why there are no longer in print.

None of them, however, helped me in the slightest to have any affinity with horses. My one and only horse lesson was with a friend on her ninth birthday. For some reason I didn’t get the fat pony, I got some monster of a horse who was about as affected by me dragging on his reins as if a fly had been put on his back. After veering off suddenly from the track in sight of some juicy grass, I failed to be able to hang on and slithered down his neck. Then after some remonstration from the instructor (to the horse, not me), I climbed back on, only for him to refuse to do anything else and we both headed straight back to the stable.

But that’s the great thing about books, when you read a book you are the only person in the world able to ride and tame that wild stallion, even if in real life you’d have difficulty getting the better of a hamster.


It’s not just us here at Space on the Bookshelf that worried about our favourite out of print books, the other day I was reading a article 'The Lure of Illustrated Children's Books' on the guardian website by Jenny Uglow about Children’s Picture Books, where she looks at several books celebrating children’s books and picture books called ’ 1001 Children’s Books You Must Read Before You Grow Up’ by Julia Eccleshare, an ‘Illustrated Children’s Books’ by Black Dog. In the article Jenny Uglow expressed a concern that in the list of these 1001 book you should read some classic have sadly noted by their lack of presence, notable being; Captain Pugwash and one of my recently discovered out of print favourites Orlando The Marmalade Cat. This begs the question; what other treasures are out of print and being forgotten? So why not help us celebrate these out-of-print treasures by sharing with us what your favourite out-of-prints are by commenting below… 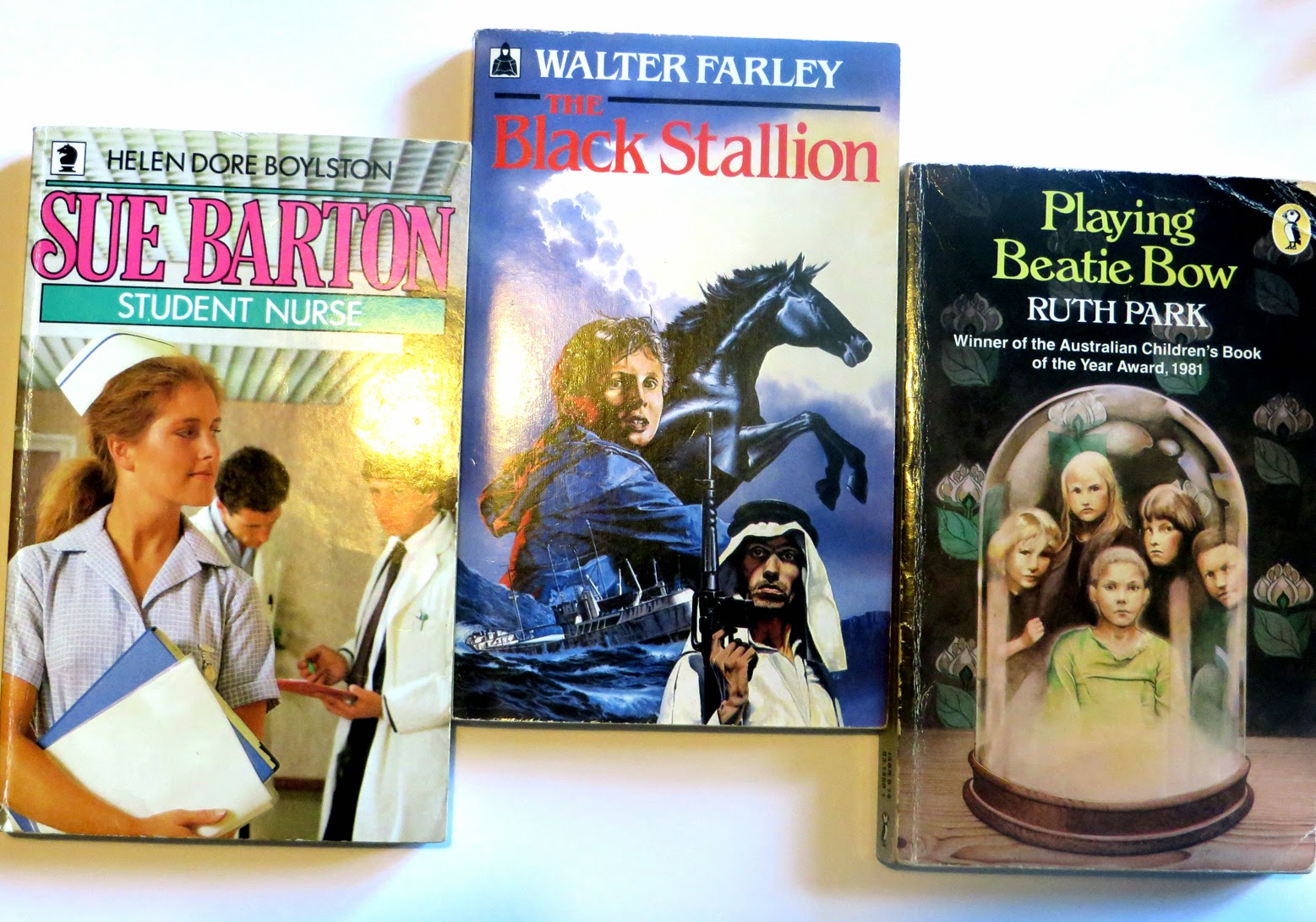 Email ThisBlogThis!Share to TwitterShare to FacebookShare to Pinterest
Labels: Out of Print, reviews