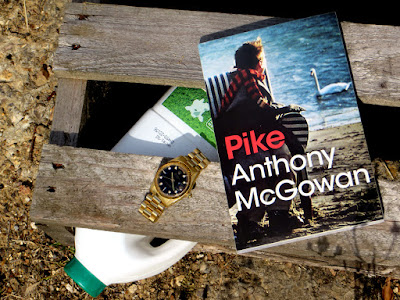 Back in 2013 we were very luck to have run a 3D review of Anthony McGowan's Barrington Stoke YA novel Brock. As part of the feature we interviewed Anthony [press here to read]. This summer the sequel to Brock, Pike was published, so we have caught up with Anthony again, to ask him about writing sequels.

Do you find it difficult to reprise the voice of a novel when writing a sequel?

I found it pretty easy. I'd come to know Nicky better than almost any other character I've created, and he was very very real to me. He isn't actually much like me (being honourable, courageous, kind, and patient), but I became him while I was writing, and the skin was waiting, ready for me to don it again...

Brock and now Pike are both written in first person from the perspective of Nicky, did you find that Nicky had evolved or grown between writing the first book and the second?

In Brock, Nicky is almost saintly - he hardly ever loses patience with Kenny, and heroically copes with all the problems in his life. In Pike, I wanted to add some complexity, making him a bit more human and flawed, without losing the fundamental decency that makes him special. And in Pike there's a sort of reversal, in that Kenny is more active, and at times behaves like the older brother he is, despite his learning difficulties.

How hard is it fitting back story from the first book, Brock, into the second, with the tight word count of a Barrington Stoke novel?

Rather a lot happens in Pike - as well as the basic treasure hunt plot, there's a lot of family and character development, and it was quite taxing fitting it all in. Luckily Barrington Stoke have given me a few more words than they normal allow. As for the back story, I wanted the book to stand on its own, as well as working as a sequel, and it's always a challenge in that situation to get the balance right, whatever the word-count. 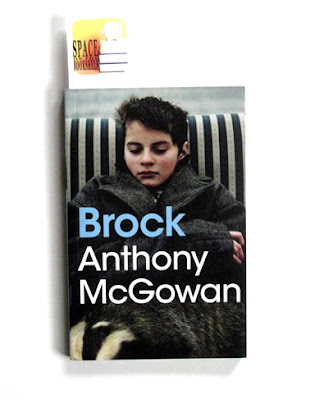 In Pike, you see both Nicky and his brother Kenny develop, and their family story unfold. Will be seeing more of Nicky and Kenny in future novels?

After I finished Brock, I knew that I wanted to revisit Nicky and Kenny and their world. I had a vague idea for the plot almost straight away, and was champing at the bit to tell it. I don't feel quite the same now. I'm certainly not repelled by the idea of going back to them for the third time, but, at the moment, I don't have a 'story' for them to tell. It's probably worth pointing out that the Pike and Brock actually form a sort of loose trilogy with The Fall - the main character in The Fall plays a minor part in Pike, and achieves a kind of redemption in it for his earlier sins.


What is your favourite thing about Pike?

Obviously it's the relationship between Nicky and Kenny, which is perhaps the thing I'm most proud of creating in my career as a writer. But the setting is also very important to me. It's based very closely on the small town/large village where I spent most of my childhood - Sherburn in Elmet in North Yorkshire. It's not a beautiful place, and has taken a battering over the years, but it has character and resilience. And pubs! The Bacon Pond is a real place, as is the little wood where Nicky and Kenny rescue the badger cub in Brock. And the library and librarian are drawn from life. 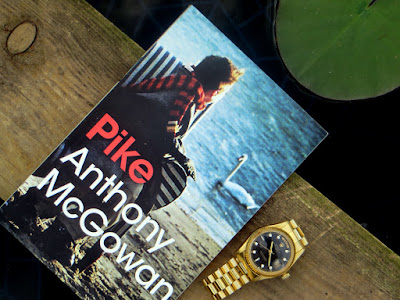