The search for the next generation of brilliant storytellers has been on - and this time it's all about getting our youngest writers to get creative and send in their stories.

BBC Radio 2 has been behind what must be one of the most successful writing competitions EVER. And we can't wait to see the results of all that future talent.

We've tracked down and interviewed one of the judges responsible for selecting all those budding Roald Dahls and Anthony Horowitzs - and one of the longlisted writers gives us her insider tips.

Firstly, over to a judge who has been writing seriously for three years, and a winner in a national award for unpublished writers, Georgina Kirk.

Could you tell us a little about the competition?

It’s a story writing competition for children run by Radio 2 Chris Evans' show. It does what it says on the tin. Write a story in 500 words. And there is loads of advice from well known authors on their website. 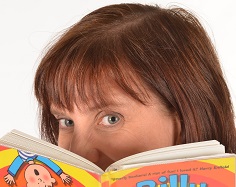 What was the reason behind it and did you expect to get quite so many entries?

Not sure I can really answer this question as not working directly for BBC Radio 2, but I do think there was a real need to bring children’s writing into the mainstream, make it cool, exciting and attainable.

I do think they were a bit overwhelmed by the response in the first year. Which just goes to show the creative drive bubbling under the surface of our children.

How did you get involved in the judging?

Simples. When the competition was set up in 2011 Radio 2 needed judges and lots of them. Where can you find a lot of people used to reading children’s writing? Schools.
Radio 2 asked for teachers and librarians to volunteer to be a judge.

I’m a primary school teacher and a writer for children myself. I have a massive passion for storytelling and encouraging people to have fun with their imaginations. The question should be why on earth wouldn’t I want to be involved? I think I signed up the day they asked for volunteers. And this is my third year now.

They are very thorough and do check up on your references. This year I was talking with the school headteacher in the school library talking  about how we could improve it, when the secretary appeared to say the BBC are on the phone, they want to talk to the head about me. I did enjoy the looks on their faces!

How many people were involved in judging a staggering 90,000 entries?

There are a whole army of us involved, all teachers or librarians. We all get approximately 30 ms each to judges so if you do the maths (grabs a calculator) that’s about 3000 judges for this stage in the competition

And – the big question - how on earth did you judge them? How on earth do you tackle something like that?

Well for me it’s easy. I only get 30 ms which I read, enjoy and mark them (actually sometimes I really deliberate over my 30 because I want to be as fair as possible).
The credit for this has to go to the researchers at radio 2 who organize us all.

In the first year it was all done on paper and our ms were mailed out to us, graded  and sent back, it was a tight turnaround! Since then it has all been electronic. Entries are sent into Radio 2 via the internet and by internetty techie magic we are e-mailed a link and a password to access our batch of stories which we can read and grade online.

What were you really looking for when you read something written by such young people?

It’s no different to anyone else reading stories. We’re looking for a great story told well. A story that jumps out at you. The great thing about them being by children is often they are very fresh and exciting. They just don’t see the restrictions that adult writers do.
I really take my hat off to the children that enter because they are doing something I can’t. Telling a story in less than 500 words, is a real challenge

Did you agree any criteria beforehand?

We are given a set of criteria and marking system when we get the ms. It covers things like plot development, character, scene setting and originality, we score each area out of 10 to come up with an overall score.

Did you have different criteria for different ages?

The criteria is the same for both age groups but we only get a batch of ms from one age group so like are marked against like for fairness. This year I was judging in the 10-13 age group.

I suppose as a teacher you’re used to reading work by young people.

Yes, but it does feel different, our focus is solely on the creative aspect of the work, we do not make judgments based on areas such as spelling. It’s great that it really is all about the story.

Did you notice a lot of recurring themes – what was everyone writing about?

Themes that are currently popular in current books do tend to pop up a lot, vampires, fairies, talent competitions and so on. What I find fascinating is very often from reading the child’s story you know what books that child loves to read. Once or twice they have been books that have been written by a friend. That always makes me smile. Sometimes I wish I could suggest a book to them I think they would enjoy.

Was there anything utterly unexpected?

I had one really unusual one this year, and I’d love to tell you about it but as the competition is still underway I’d better not. All I’ll say is that you can make a story from anything if you really want to.

And a bit more about the competition

What’s next for those who have made it through the first round?

Obviously my part has now ended, but I understand that the 3000 entries from the first stage are passed onto the Scottish Booktrust. I would guess that they will have measures in place to put together a long list that will be passed on to this year’s celebrity judges including, Jacqueline Wilson, Malorie Blackman, Charlie Higson, Frank Cottrell Boyce and Richard Hammond.

Who’s not going to want to be a fly on the wall there!

And there’s not long to wait till the shortlist now! The Top 50 will be announced on May 1st

Are you involved in any further stages?

I wish! (winks at any passing BBC researchers) But I’ll be reading the finalists on-line and seeing if I can predict the winners.

Did you get a feeling that talent is alive and well or did you despair over lots of bad spelling!?

As a dyslexic writer myself I can honestly say I don’t care two very big hoots for the spelling. Story story story, that’s what I want. That said there is a huge range of ability shown in the stories and I think quite often they have been done as part of a class project at school so we do get the whole colourful spectrum of abilities. But is there a talent out there? Yes by the bucketful!

Are any of the ones you judged going to be the winner?

Well this is my third year doing this, and let’s just say it’s the first year that I am waiting for the shortlist with baited breath (crosses all fingers).

. . . and so it's over to the star talent: Beatriz Poyton, the multi-talented daughter of her very famous mum, Sally Poyton, who has made it through to the next stage of the competition.

Take it away Beatriz!

Can you please tell us what your story is about?

It’s about a leopard that loses his spot and his friends, and goes on a journey to find spot and get his friends back. 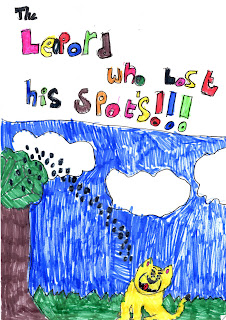 What do you think helped you make your story so special?

I planned the story first, and wrote it in three sections, the beginning middle and end. Then when I edited it I found lots of mistakes, which I corrected so I really improved the story.
I know that you are no stranger to winning competitions. Can you tell us about where else your creative work has featured?

I was a member of Puffin Post, and I won some of their competitions, mostly drawing competitions, I REALLY like drawing.  I like competitions and enter lots because they are really fun to do. I don’t enter them to win things, I do it because I like taking part and the challenges of doing the best I can to the competition requirements.

What is your favourite children’s book?

This is really hard for me to answer , as I like so many books, like fairy tales, and the Goosebumps books I also really like the book I’m reading now but I can’t tell about that until I’m finished. But I think I would choose The Fright Forest books by Marcus Sedgwick, because they are scary adventures.

If you could be a writer when you grow up, what do you think would be the best thing about it?

I really like doing scary stories but also it’s quite fun to just do any story as I like making things up. I also like making it better by editing it, and drawing the picture to go with it. When I grow up I want to be a writer and illustrator. 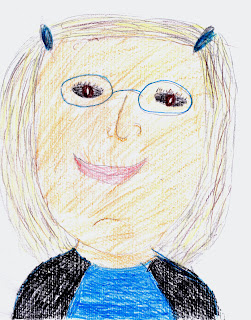 If you could talk to the judges what message would you give them to help them choose your story as a winner?

I would say that mine is really good story that is funny and exciting, and that I hope they can see that I worked hard to make it better by planning and editing.