Here on Space on the Bookshelf, we like to cover a book from every angle! So here you can find a review by one of us, a review from a child, and a review from a writer's perspective (see the 'Spotlight on Writing' feature below), as well as an interview with the book's author and editor. And here's what everyone thinks of My Big Fat Zombie Goldfish... 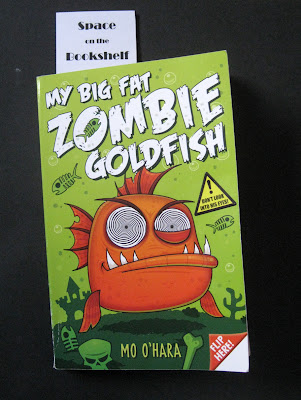 My Big Fat Zombie Goldfish by Mo O’Hara is a fiendishly funny read that can be enjoyed by the whole family. To start with, the acid green cover with the title Zombie Goldfish is a real magnet for little eyes and its back illustration of the plight of the goldfish is hilarious, setting the tone of the book.

The book includes two stories. The first sets the scene with Tom whose ‘Home Monanal’ Mostly Evil big brother Mark turns into an evil scientist when he gets a science kit and sets about experimenting on a goldfish, killing it in green goo. Tom and his best friend Pradeep resurrect the goldfish with a battery, but with unexpected effects: the goldfish turns into a zombie, with the power to hypnotise with his eyes, making people do his bidding, and his bidding is revenge!  So the younger boy names him, most aptly, Frankie.

The adventure ensues, and it's a battle of wits between evil scientist Mark who is bent on capturing the Frankie and continuing his experiments (MAWHAHAHAHAHAHAAA!), Tom, Pradeep and Sami (Pradeep's toddler little sister) who are trying to protect the fish, and Frankie. Frankie is out for one thing, vengeance on Mark, and uses his hypnotic eyes, his amazing skills at controlling a bag of water, to get his way!

Along the way lessons are learnt, not least by Frankie, whose love for Tom saves Mark from a pretty bad blow to the head by a skateboarding he’s riding...

The second tale ups the anty and the laughs with the entrance of Pradeep’s older evil computer genius brother Sanj. The evil older siblings team up and cause BEDLAMM at Tom and Pradeep’s school, whilst the younger brothers, Sammi, Frankie and the dinner ladies prepare for battle. 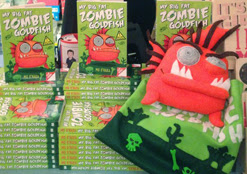 Mo uses humour that both children and adults (especially dads) will all find amusing, including a laugh out loud Star Wars quip that refreshingly doesn’t rely on toilet humour (a quick count revealed only one mention of snot and one burp in the whole book!). The illustrations really enhance the story, working with the text to great effect, with some of the jokes finish through the pictures (‘keeping an eye on you in hospital’ was my favourite), and a lovely flip animation of Frankie jumping out of his bowl in the bottom corner of the page. 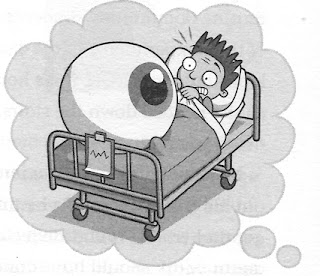 But the real strength here is the book’s appeal for boys, including competent but reluctant readers, with the cover reeling them in (sorry for pun, couldn’t resist…), the fast paced action and humour, combined with illustrations that work to help tell the tale and keep them hooked!

This is a fantastic début novel, and we look forward to reading more funny, action-packed adventures from Mo. 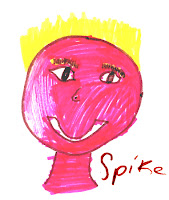 Tom’s goldfish Frankie DOESN’T like Tom’s big brother Mark, because Mark is an EVIL SCIENTIST and killed him with green goo.  Tom and his best friend Pradeep saved Frankie by using batteries, but he came back a ZOMBIE GOLDFISH!

Frankie , Tom and Pradeep have funny adventures at home and at school. The writer has made the story really funny like the bit when Mark puts Frankie in the freezer. Frankie doesn’t mind being in the Freezer but he didn’t like being next to the fish fingers!

The Pictures are really good and funny too, and Frankie makes me laugh. 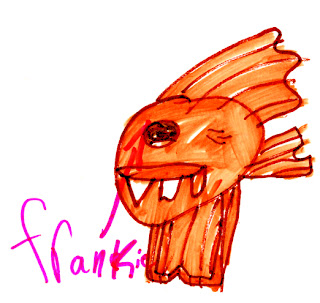 If you'd like to win a signed copy of My Big Fat Zombie Goldfish (who wouldn't?), just email us at spaceonthebookshelf@yahoo.com with your name and address. The winner will be picked at random on the 13th of April, a worthy date for a book about a zombie goldfish, we think you'll agree...