As part of the nationwide celebrations of Independent Booksellers week, Indy bookshop, Mostly Books of Abingdon was taken over by Nosy Crow authors. 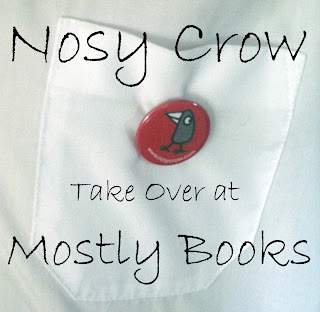 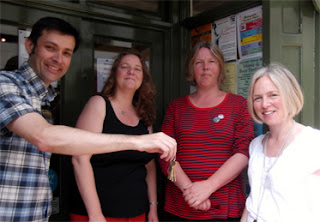 The three authors had a crash course on bookselling everything form shop orientation, to till operation, and then the doors open and the day begun. The day was designed to raise awareness of Indy bookshops, and to celebrate the great work that they do promoting literature and literacy within their communities, and as the door open the community came in. The day saw children and families come in to speak to the authors just for a chat or to have some feedback on their own creative writing or to try their hand at journalism by interviewing them.

Here a video of one of the young budding journalists interviewing Paula And Helen. Apologies to Fleur due to a technical hitch her interview had no sound!

The day had a buzz that veered from frantic to relaxed; as customers settled down and chatted with the authors and ate cake (there was a LOT of cake consumption!) But all in all it was a delight, giving authors a rare glimpse of life at the other end of the book-chain and meet fans, and giving children the opportunity to meet and mingle with authors. 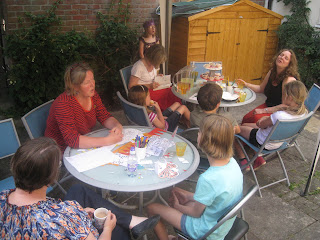 By the end of the day there were three very tired authors and I think I can safely sale Tried HAPPY authors!


To read more about the day, go to the Mostly Books web site press here. 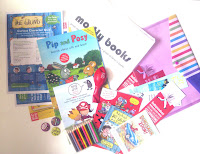 The Nosy Crow fun isn't over! We have three Nosy Crow / Independent Booksellers Week Activity Packs to give away!

With School holidays on the horizon this could be just the ticket for keeping small people amused.

To win one just e-mail SpaceOnTheBookshelf@yahoo.comwith your name and address, and 'Nosy Crow' in the header.