All hale the amazingly talented Chris Riddell - a big Space on The Bookshelf welcome and celebration to the new Children’s Laureate! 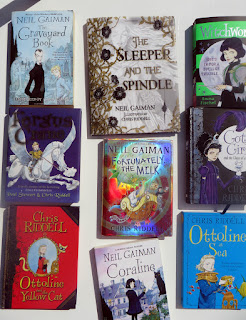 We start with Nicki…

From its idiosyncratic cover, vibrant purple edging and those wondrous silver skulls everywhere, ‘Goth Girl’ has been one of the most distinctive books to have been published in the last few years.

The sort of book you just have to pick up and open. And cherish. 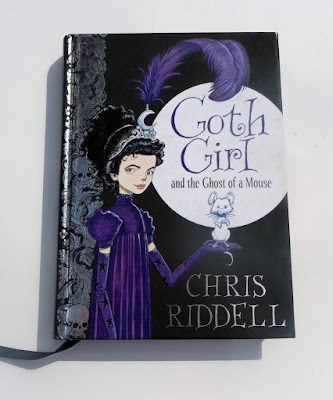 Hardly surprising that it is the creative work of one of our foremost writer/illustrators, Chris Riddell, because it takes a very special talent to produce a book as stunning as this.

The first thing you notice about it is that it is full of startling images, featuring a range of unusual characters and inventive creatures (some with the heads of creatures and the heads of humans), which stare out of the pages at the reader in a challenging way.

But its uniqueness does not stop with the images.

We meet Ada Goth, clumping around in big boots so that her father (mad, bad and dangerous to gnomes Lord Goth) can hear her approach and avoid her as she reminds him too much of her mother (Parthenope) and tries to make sense of the bizarre world she inhabits.

The story has a surreal nature, with everything twisted slightly off-kilter. It hails very close to ‘Alice Adventures in Wonderland’ in its style and its narrative – a story of bizarre imagination that doesn’t play safe in the slightest. 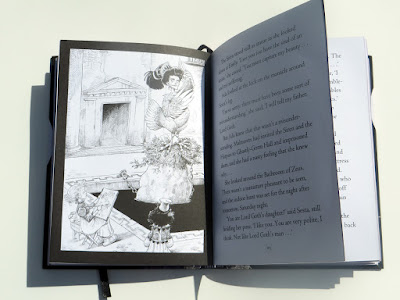 It’s a mystery, set in the creepy Ghastly-Gorm Hall, so vast that lonely Ada Goth has not yet been in all the rooms. (The book opens with a map to help and who doesn’t have a bit of a soft spot for books with maps in them?)

The vocabulary is complex, the names subtly full of sly literary allusion. When Ada first encounters a ghostly mouse and asks what he is called, he replies: ‘Call me Ishamel’.

Although it’s a huge bestseller, was it, in fact the obvious book that was going to be such a runaway hit? It really stands out in its inventiveness, vocabulary as well as use of illustration, which is bold in itself and in every way is not at all your usual children’s book.

What it is, is a brilliant example of a bold writer, teamed with a bold publisher, producing something that is so different – and so successful.

It’s been hugely influential on girls’ reading. Schools were inhabited with more than a handful of purple-gowned Ada Goths on World Book Day. Although it hasn’t yet seen many imitators (although the book world hopes there will be many), there has certainly been an accompanying rise in sales of Chris’s previous illustrated series for newly-confident readers, Ottoline.

A couple of inventive librarians have concealed the cover in brown paper (shame!) but have thus added many boys Ada’s fan base, drawn in by the stark, pretty-scary line drawings inside.

Malorie Blackman has done great things in her time as children’s laureate by focusing particularly on recognising some of the great writing for teens.

Chris Riddell is possibly our best-known author of illustrated books for older readers and is stepping into her shoes. Hopefully this might see an increase in the recognition of just how brilliant illustrated books are for children – and how very in short supply they are. 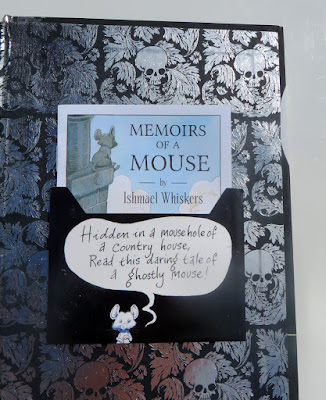 But there really is a shortage of books aimed at the same age range as ‘Goth Girl’ that have the same overall excellence in both innovative use of illustration and design.

If Chris Riddell leaves a legacy – please let it be more illustrated modern books for children.


Both Nicki and Claire are talking about Chris Riddell’s penned and illustrated books, and coming from an art background, I’m going to celebrate Chris Riddell’s amazing illustration. I’m sure that the decision to elect Chris as Children Laureate took in to account his talents to tell a story with either words or pictures. 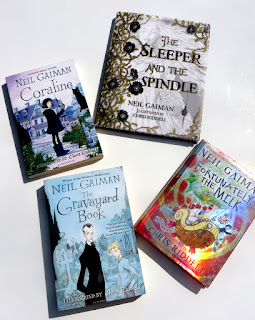 Personally I first came across his illustration work which accompanied and enhanced the Neil Gaiman’s ‘The Graveyard Book’. I was instantly struck by the quirky characterisation and the skilled monotone workmanship with gothic undertones. The combination of Gaiman’s words and Riddell’s images was ‘right up my street’ and I began to amass and read their other collaborations. To me the pairing of Gaiman and Riddle is one of those rare partnerships where the two become synonymous in my mind, you see one and your mind instantly thinks of the other. This is a rare and beautiful thing of which I can only think of a few other examples; ‘Milne and Shepard’, ‘Dahl and Blake’ and ‘Donaldson and Scheffler’. 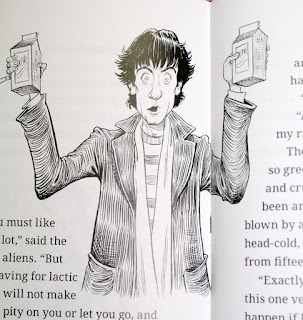 Riddell’s characterisation is highly stylised and executed in exquisite ink, but what makes them so special is the that each one seems to have an edge - hinting that the character is multifaceted with hidden depths making them more intriguing. Chris Riddell is also a master at humour, visualising and drawing quirky characters and scenes, like the penguins from Paul Stewart’s Fergus Carne’ or the ghouls from Witchworld by Emma Fischel. 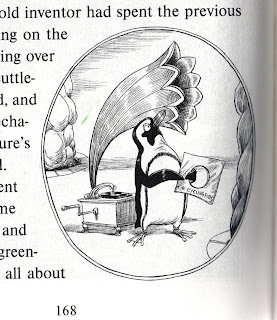 Chris Riddle’s illustrations have adorned many book covers and pages by other talented writers and to me and my children it’s is a sure sign that book will be suit our family’s pallet; that the story will be funny, quirky and a wee bit gothic. 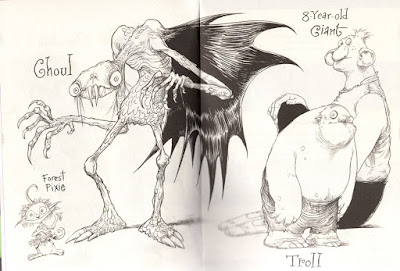 Finishing off with the lovely Claire...


Ottoline and the Yellow Cat is a wonderful book and the first in the charming Ottiline trilogy. 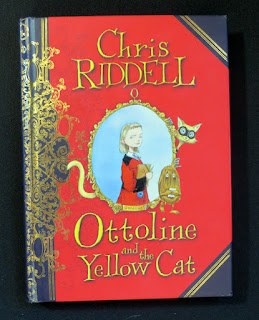 Ottoline Brown is left in the care of her capable nanny, Mr Munroe, while her parents are travelling the world. When pets begin to go missing and there are some mysterious robberies, Ottoline makes a connection between the crimes, enlists the help of Mr Munroe, and an adventure ensues. 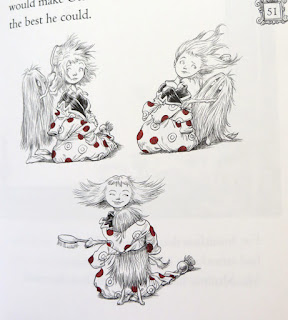 It is liberally illustrated in Chris Riddell’s usual fun style, which makes this book massively accessible to reluctant readers and younger readers, and there is something new to notice every time you open it. There’s an endearing whimsy about both the writing and the illustrations, and a madcap heroine who reminds me a little of Pippi Longstocking. 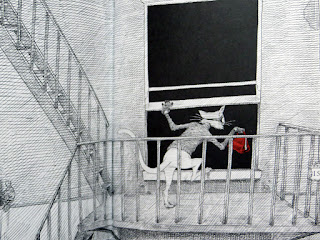