Review; The Wonder Girls by J.M.Carr 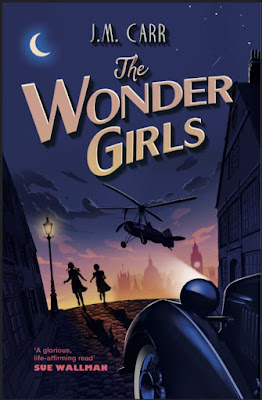 The Wonder Girls is an exciting adventure yarn following a rag-tag group of girls in pre-war Briton, as they endeavour to outwit the evil Black Shirt’s plans to abduct ‘Aryan’ looking children and, sell them to the Nazi party in Germany.

The book starts running and gathers pace as it races from the 1936 march of the British Union of Fascists known as the ‘Black Shirts’ in London to fictional Hampshire town of Nettlefield, as streetwise foundling Baby and her sister Fingers race to save mysterious golden-haired Sophie, who they witness get kidnapped. At Nettlefield the two sisters meet Gin a teenage aspiring actress and Brian a tomboy with Downs Syndrome who live in a disused railway carriage. The four girls quickly become fast friends, together they follow the main suspects and concentrate their search for Sophie on the town Orphanage and the undertakers. Soon they cross paths with 14 year old want-to-be mechanic Ida whose mother has just passed away.

Baby tries to warn Ida that her ‘Uncle’ Mr Underwood the undertaker and the Matron of the orphanage Mrs Buller are planning on taking Ida’s, blue eyed blonde haired, sister Bonnie, but Ida resists their help. When Bonnie is forcibly removed from Ida care, she realises that she needs to embrace the eclectic band of girls and work with them to save her sister and stop her and other Aryan children being smuggled out of the country and sold to Hitler. 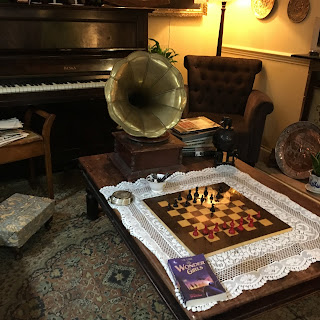 As with every good adventure yarn, nothing is that easy and it takes every ounce of their combined ingenuity, skills and help from new friends to outwit the Black Shirts.

The Wonder Girls is a delightful adrenaline filled adventure that shines a light on a very dark aspect of British history whist bring a good dose of fun with it eccentric cast, yet not shying away from difficult themes. In The book J.M. Car expertly balances the emotional personal stories of the individual characters and peril whilst maintaining a historical setting that is so real it is almost tangible.

However the true beauty if this book is while it is exploring historical events it is actually commenting on modern society. From the head on racism of the Black Shirts felt most by Baby whose from Indian decent, to accepting neurodiversity with Brian’s character, who also hints about gender choice. Feminism and equal rights for women is high on the gender too, with Ida wanting to defy society’s expectations and become a mechanic. It also unites people from the whole spectrum of society from Upper Class Vir’Gin’a to middle class Ida right through to the socially less acceptable street urchin’s Baby and Fingers and Brian with her disability.

The Wonder Girls under the guise if historical fiction is actually preaching acceptance, togetherness and solidarity, a strong message for today’s society – unity. For the Wonder Girls like society is stronger than the sum of its parts. 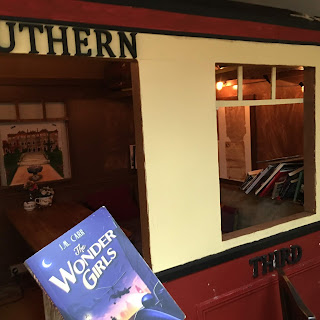