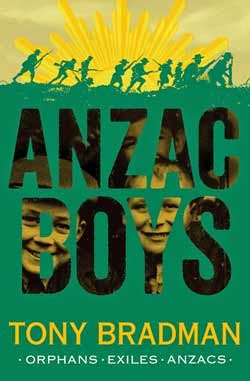 The Anzac Boy’s is an emotional read, which although part of Barrington Stokes titles that have been published to commemorate the centenary of WWI is much more than a story of war. Tony weaves a story that comments on many things posing poignant questions about war and the treatment of vulnerable children, but its core is family.

The ANZAC Boys explores the complexity of family; loss, regret, hurt, hate and ultimately understanding and forgiveness, as it follows the path of two brothers Bert and Frank who at the tender ages of 12 and 9 have already lost much; both parents, their home, and soon their country as the orphanage where they reside ships them off to the new world. After the long journey the two boys are parted as The Church sends Frank to New Zealand and Bert to an orphanage in Australia. Bert is riddled with guilt for breaking a promise he made to Frank that he would take care of him, and over the next four years tries to contact his brother with no avail.

‘The cart I was in swung left, and Frank’s to the right. I watched in horror as Frank’s cart vanished into the gloom.
It was a week before they told me my brother had been sent to New Zealand.’


Tony has penned a book that within a frugal word count, really shows the atrocity of the treatment of the vulnerable children in the care of The Catholic Church, who were forced to work hard labour, sub-let out to farmer and ranchers with no pay or care for their welfare. As Bert grows into a man he begins to question the church’s methods and the merits of the education that it provides especially when he turns sixteen and he receives a letter from the intuition to tell him he must fend for himself.

‘I worked from dawn to dusk for a dour, mean farmer who treated me like a slave.’
‘Nobody cared if I lived or died. There were moments I wasn’t sure that I cared myself.’

Bert embraces his freedom and sets out to better his life and find Frank, despite contacting every orphanage in New Zealand he has no luck and with the onset of world war one joins the Australian Imperial Army. Whilst on his way with the rest of the combined Australian and New Zealand Army Corps, the ANZACs, Bert is reunited with less than enthusiastic Frank, who is now grown and heading into battle too.

‘I was staring at one of the Kiwis, and he was staring back at me.
“I… don’t believe it,” I murmured. I felt like I was in a dream. “Frank?” I said. “Frank?”
The Kiwi knocked over his hair as he stood up. His face was white and hard with rage.’

As the brothers are sent to Gallipoi, Bert tries to win back his brother affection in a world of death and destruction. The ANZAC Boys explores many complex and difficult issues, with the details of horrifying situations are weaved together in a tactful and subtle way yet persevering the gravity and emotional impact.

‘The 25th of April 1915 was the worst day of my life, even worse than the day Mum died or the day Frank and I were separated.’
‘It was utter chaos – brutal and bloody and awful. ‘

The Anzac boys which is inspired by the real life and is a testament to the power of verbal storytelling which had preserved a very personal story for almost one hundred years, before Tony chose it as the basis of this moving story of family bonds and perseverance. 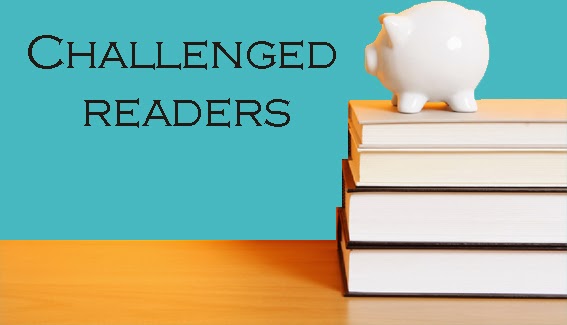 Review: Anyone But Ivy Pocket by Caleb Krisp & John Kelly

Anyone But Ivy Pocket is a delight; a laugh-out-loud cobweb of intrigue and mystery with a Dickensian feel, a dash of fantasy, and a heroine like no other. 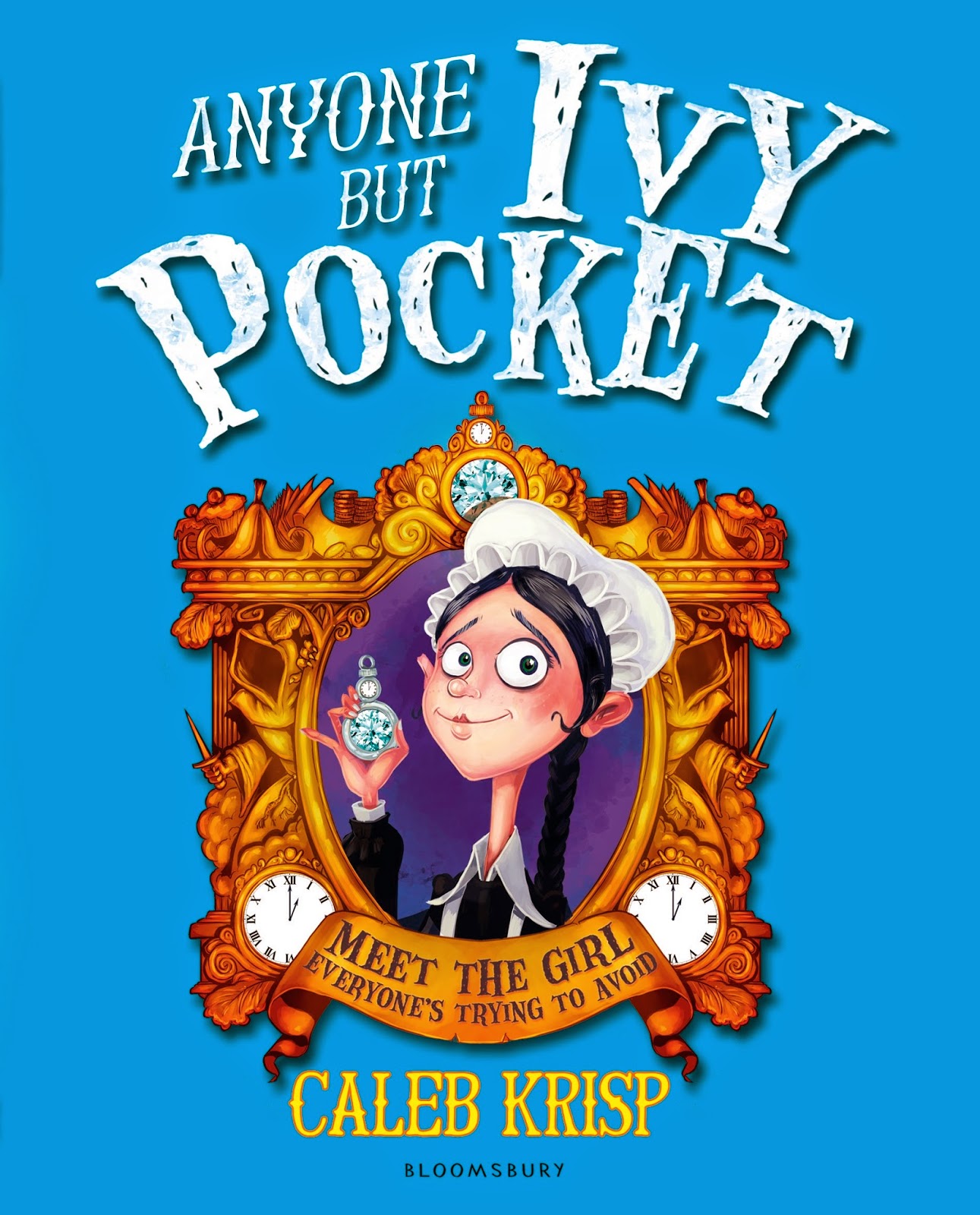 We meet twelve year old Ivy Pocket, a self-proclaimed brilliant girl with ‘the natural instincts of a philosophy professor’. A ’lady’s maid of the highest quality’ she performs all her duties bringing order and cheer wherever she goes.

However, Ivy’s image of herself isn’t shared by her employer Countess Carbunkel who, after a ‘great disaster’ involving turtle soup and the cream of French society, flees Paris for South America for no other reason than to ensure that she never sees Ivy again.

“Calm yourself dear,” I said [Ivy to the Countess in front of all the guests] “Dribbling is no crime. I’m sure your mother was a dribbler and your father too.”


Ivy finds herself left alone in a city with little prospects until she is summoned to the deathbed of The Duchess of Trinity. The Duchess entrusts Ivy with a priceless Clock Diamond necklace that has mysterious powers, and employs her to transport it to England for a handsome fee.

“the stone does not deal in fantasy , child – only facts; what was, what is and what will be.”


The job is simple, take the Diamond and deliver it to the Butterfield estate in Suffolk and present it to the Duchess’s estranged childhood friends’ granddaughter ‘Matilda’ as a gift at her twelfth birthday. If Ivy completes the mission that she’ll be paid £500, but she must promise never to tell anyone about the Diamond, never let it leave her side, and NEVER put it on. 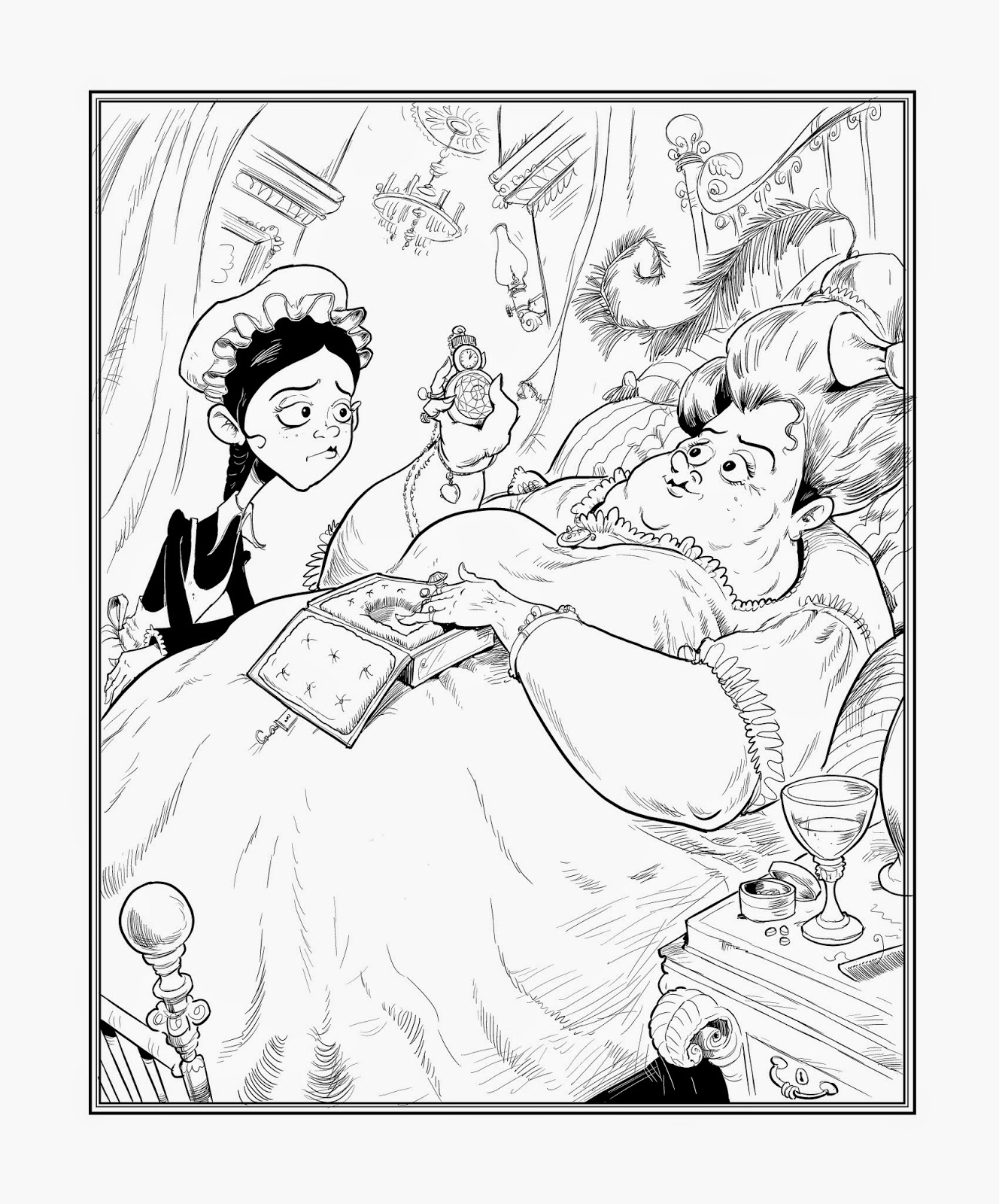 As Ivy journeys to England she is befriended by Miss Always (dear, trusting, dim witted creature) who is fascinated by Ivy’s mission. Ivy learns that the Duchess was murdered moments after she left, and that the Diamond can bring visions. As her journey continues, mystery and peril follow her. Ivy is attacked, starts to see the deceased Duchesses ghost, and hears rumours of the Diamonds power and origins that hint of other worlds and a dangerous evil mistress. Will Ivy deliver the Diamond as promised?

“…you have the complexion of a boiled lobster, your skin is practically crying for moisture. Fear not, I have just the remedy.”

“…I scooped up a large heling of cheesecake and splattered it on the old bags face. Then another blob. Then another. She was making strange noises by that point – not unlike an injured piglet-which I took down to the soothing qualities of the cheesecake”

Anyone But Ivy Pocket is a funny, intricately plotted yarn, with masterfully crafted characters. With a Sherlock Holmes-esk self-confidence and arrogant flare, the real spark is Ivy, a heroine like no other. Ivy has a naivety and warmth that makes her a sympathetic and intriguing character which makes you want to follow her no matter what danger her know-it-all attitude may get her in as she blunders blissfully into situations missing all the warning signs.


This is an outrageously funny book, with lively illustrations by John Kelly and is a much recommended read.
Posted by Sally at 13:55 No comments: