WOW! Let’s Celebrate; Comics, Graphic Novels and Magazines! Interveiw with Comic and Graphic Novelist and teacher Emily Haworth-Booth, plus TIP ON MAKING YOUR OWN COMIC! 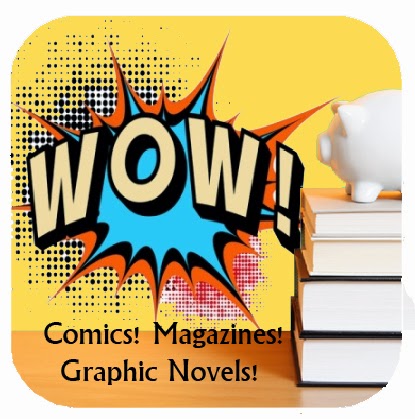 Emily Haworth-Booth is a comics artist and educator who teaches courses on comics and graphic novels at The Prince's Drawing School in London and has run workshops for adults and children at venues including the Hay Festival, Saatchi Gallery, St George's Hospital and the National Art & Design Saturday Club. Emily won the Observer/Comica/Jonathan Cape Graphic Short Story Prize in 2013 and was runner-up in 2008. She has also performed stand-up comedy at many London venues and was a finalist in the 2007 Nivea Funny Women Awards. As a teenager she won the Young National Poetry Competition in 1998. Her comics have appeared in the Observer, Miss Vogue and on the Conversation website. Emily is represented by the literary agency Johnson & Alcock. 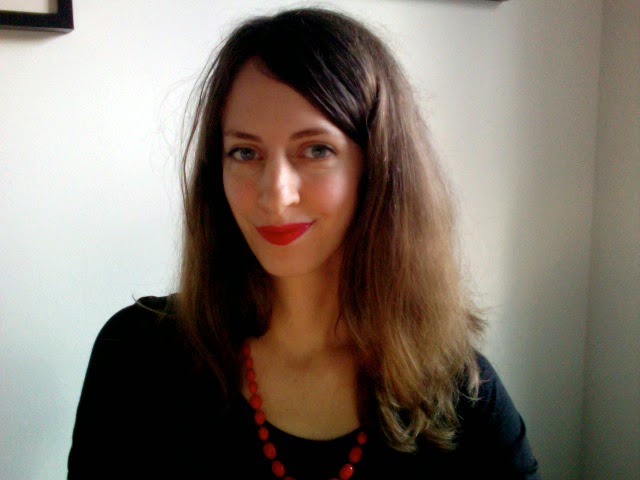 I have always loved Beatrix Potter, and as a child one of my favourites was probably The Tale of Jemima Puddleduck, for the 'it's behind you' naiveté of its main character, whose self-diagnosed 'bad nerves' could have come straight out of a Jane Austen novel – and the contrasting wickedness of the sneaky, greedy fox. There's something so pleasing about Potter's description of him, through Jemima's innocent eyes, as a 'sandy-whiskered gentleman... sitting on a log reading the newspaper' - still one of my favourite lines in literature, and one that for some reason is always popping into my head at odd times.

Like everyone else I adored Roald Dahl and was lucky enough to be a child when he was still alive and writing. Matilda was published when I was 8! Can you imagine a more perfect age to experience the excitement of going to the bookshop and being one of the first people ever to read it? 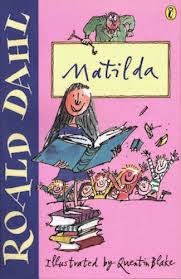 What was your favourite children’s magazine/comic/annual as a child?

I don't think I was really into magazines or annuals as a child, but comics-wise I was obsessed with Tintin and definitely read as many of them as I could get my hands on!

As an adult, my favourite children's book is another Beatrix Potter – The Tale of Two Bad Mice. It's not only a delightful miniature, a beautifully painted voyage into the tiny, secret world of doll's houses and mouse marriages, but also a masterful and courageous investigation of difficult emotions: anger, disappointment, revenge and contrition. The absolute rage and frustration in the scene where Hunca Munca and Tom Thumb smash up the dolls' plaster ham is very funny but also deeply felt: it appeals to the part of me that sometimes wants to get really angry and smash something up, but can't because I'm too polite and worried about what people would think! In the same vein I imagine that it would really appeal to the child's inner anarchist, and the frustration of living in an adult world governed by absurd rules (especially, perhaps, in relation to eating). 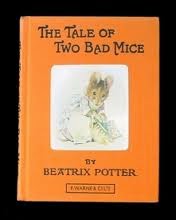 Do you read comics/graphic novels as an adult? If so which is your favourite?

Constantly! I teach a class on making comics and graphic novels so I use it as an excuse to buy far too many under the pretense that I have to keep up with what's going on. My favourites are probably Chris Ware's 'Jimmy Corrigan: The Smartest Kid on Earth', Marjane Satrapi's 'Persepolis', Daniel Clowes 'Ghost World' and Seth's 'It's a Good Life if You Don't Weaken'. Sorry, it's too hard to just pick one! 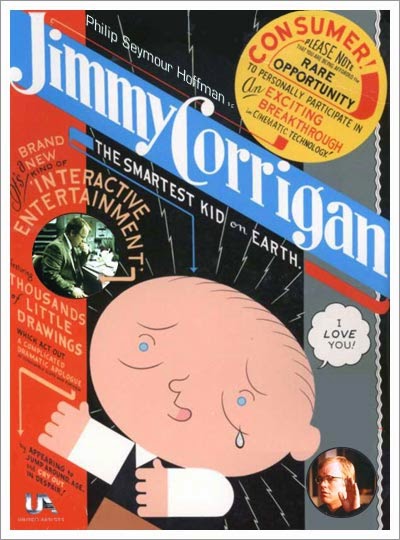 What do you think makes comics and graphic novels books so inspirational?

There's something about the way you can play with time in a comic that I really love. You can stretch it out so you get these really slow sequences that can be incredibly poetic or suspenseful. Then you can add some quick, dramatic cuts like you might in a movie. In fact, sometimes I think making comics is so much fun because it's like getting to be the whole cast and crew of a movie – director, designer, writer, actors, wardrobe, lighting, special effects. And unlike movies, comics don't cost anything to make, as long as you have something to draw with, and something to draw on.

I also love that to make comics you don't have to be a brilliant writer, or a brilliant draw-er, but there's something about putting the two together that's magical. I love it when I have students who don't think they can write or draw very well, but suddenly realise that they've creating this amazing, compelling story just by combining the right elements in the right way at the right time.

Did you always want to be an comic maker/ graphic novelist?

When I was younger I was really into animals. I wanted to be a farmer, and then a professional horsewoman (by which I mean a woman who rides horses, not a woman who is a horse. Although I probably wouldn't have minded that either. I definitely do a mean impression of a horse's neigh). When I was older I started to get into art. I liked drawing at school, but I was really slow at it, and my art teacher told me that if I did GCSE Art I would be too slow to keep up with the class! So I dropped art, and focused on writing instead, mainly poems. When I left school, I realised I missed art, so came back to it and went to art school for a bit, but found it quite boring and silly. There was no drawing allowed, and you only got good marks if you stuck a bit of chewing gum in the middle of a white wall or made a weird video that nobody understood. So I went and studied English Literature instead, but I was always torn between my writing and my art. Then one day someone gave me a copy of a beautiful graphic novel (Chris Ware's 'Jimmy Corrigan: Smartest Kid on Earth') and I realised you could make amazing work by combining words and pictures together! No longer would I have to choose between one and the other. That was a very happy day for me, and I have been messing around with words and pictures, speech balloons and thought bubbles ever since.

When writing and illustrating a comic/ graphic novel, does the story or the pictures come first?

For me they tend to come together, but I know from my experience in teaching that it's different for everyone, and I think that's because we all think and experience the world differently. I find it harder to write if I'm not drawing, and vice versa. Drawing pictures of a conversation, for example, rather than just writing down the conversation, opens me up to considering the non-verbal elements of that conversation. If we believe that communication is something like 93% body language, then for me it's crucial to give voice to that through my drawings. And I think a lot of comedy comes from the difference between what people are saying and how they look when they are saying it, so I love to play with that as well.

Sometimes, though, I'll draw a silent sequence that doesn't have words, or I might jot down a bit of dialogue or narration that I know I want to use but I'm not sure yet which pictures to put with it. The most important thing is to get everything down on the paper as it comes to you and not worry about doing things the 'right' way.

Then I ask for three or four tips for children who want to create their own comic.

1) Think in panels: they're the little boxes that make up comics. You can use as many as you want to tell your story. You can have panels that have just drawings in, or they can combine words and drawings together. 6 or 9 panels per page is often a good amount, but experiment and see what works for you.

2) Try all the different ways of using words in a comics: speech balloons, thought bubbles, captions (boxes at the top and bottom that narrate the action of the story, a bit like a voiceover in a movie), sound effects, and words that are inside the picture itself, like signposts or advertisement billboards.

3) Too many words in a panel can be overwhelming though, so make sure you leave your drawings some space to breathe. You could even try having some panels that just have drawings and no words. This can be good for a dramatic or a quiet moment in the story.

4) Experiment with close-ups, long-shots, and bird's-eye-views. Think about which one feels right for what is happening in your story at that moment. Close-ups, for example, can be used for showing the emotion on a character's face.

5) Try telling stories about your own life! Super-heroes are cool, but real life has so many awkward, strange, magical and ugly bits in it that are worth sharing. Think about a recent time when something good, bad, weird, unexpected or beautiful happened to you, and see if you can tell it in one page of comic panels.

6) Don't worry about getting it right or making it perfect! The voice in your head that say's it's got to come out perfect first time is the enemy of creativity and fun and should be ignored. Mess and mistakes are actually often the thing that makes an artist's work unique and interesting, and can lead to experimentation and brilliant new ideas

Drawing the Graphic Novel 1 on Thursdays evenings in Shoreditch for more information about the course press here.

Drawing Comics and Graphic Novels on Monday evenings in Oxford Street or more information press here.
Posted by Sally at 10:34